What’s All the Fuss – Some Thoughts on Recent News 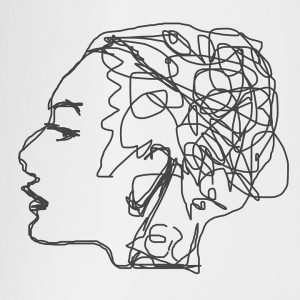 At times it can be challenging to draft commentary on all that is happening across this industry sector. Rather than write short posts for each, I have created an amalgamation of commentary to some of the more newsworthy announcements.

Wow, whoever knew that data could be such a valuable resource? Roche’s total spend to acquire Flatiron Health, a company focusing on the oncology space, was an eye-popping $2.1B. At first, I just could not fathom why anyone would spend that much for a relatively young company, that despite receiving a lot of VC funding early on, had little to show other than acquiring a modest oncology EHR.

Digging deeper however I learned that Flatiron was taking all that oncology data being collected in their EHR at physician offices across the country and cleansing and normalizing the data for clinical research purposes. Clean, normalized data is hard to come by in this industry and near impossible in oncology. Upon reflection, it now appears that Roche made an incredibly savvy move, one that will reap a handsome, long-term return on investment for the company.

This acquisition by Veritas is a tough one to understand. Over one billion dollars cash for assets that are dated and fading from the market? Granted, there is that installed base, there is that maintenance revenue to leverage and if you strip out virtually all SG&A costs you can make some money here, but is it really worth the trouble?

Veritas’s acquisition of Thomson-Reuters healthcare business that became Truven and later sold to IBM for roughly 2x what they paid shows that Veritas may know what they are doing. Maybe combining these GE assets with Verscend (formerly Verisk Health), also under Veritas, creates a 1+1=3 scenario but right now, just don’t see it.

Attended my first American College of Healthcare Executives (ACHE) Congress two weeks ago. This is a very collegial event – warm and welcoming. Everyone is there to learn from one another through various educational sessions and seminars. It is also an event where I was a bit floored and probably under-dressed as virtually everyone was in suits and ties.

I attended several sessions, mostly on IT and innovation, to get a feel for how these senior-level executives think about these issues. Came away with a feeling that most really do not see what is coming. Along with all of those suits, one walks away with the impression that there is a certain level of calcification across this audience. Sadly, many will likely become the detritus of the digital train that will run right over them.

Have been taken aback by all the fuss being made about Apple’s recent announcements regarding its Health Record app. From the Twitterverse, to a wide range of trade mags, to blog posts, folks are making this app seem like the second coming – that this signals Apple’s ability to disrupt the industry.

While I certainly applaud Apple’s efforts and for that minority of the population using an Apple iOS device, this may be just what they are looking for, I can’t help but feel a deja vu moment.

Were not Google Health and MSFT’s Healthvault going to do the same thing – revolutionize healthcare, put patient’s health records into their control. We all know where that ended – in the dustbin of history.

I’ll stay cautiously optimistic, but will reserve excitement until that day when Android devices also have the same capability with both clinicians and citizens warmly embracing and using this functionality for their care and the care of loved ones.