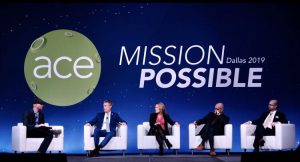 In the weekly roll-out of yet another healthcare IT conference, I recently attended the Allscripts Customer Experience (ACE) conference in Dallas TX. This is a far smaller, more intimate affair than that of either Epic or Cerner, with roughly 500 customers in attendance representing Allscripts’ acute care base (Sunrise and Paragon EHRs) and a couple dozen exhibitor partners.

Similar to virtually all major EHR vendors in the market today, Allscripts is seeking new paths to growth as the market for EHRs in the U.S. has plateaued. This requires a challenging balance of resources across almost all divisions, from R&D to marketing and sales. Whether or not Allscripts has found that balance remains to be seen as the company has several major initiatives in the coming years.

First, it must preserve its current customer base – a difficult task as consolidation continues among hospital systems and eventual standardization of IT stack seems to go to either Cerner or Epic. Allscripts has been investing heavily in its own Sunrise Acute EHR as well as Paragon to stem the tide. The sweet spot for Paragon is 100-200 bed hospitals, of which 52 Paragon clients have committed to upgrading to V15.0.

Sunrise now comes in two offerings, Community Care, a cloud-hosted (Microsoft Azure) solution for hospitals with less than 100 beds, and Sunrise, for over 200-bed hospital systems. Currently, Allscripts has only a couple of Community Care clients. Roughly 60 clients will be upgrading to Sunrise 18.4. In a similar move as Cerner with AWS, Allscripts will be moving its core Sunrise EHR to the Microsoft Azure platform with a scheduled release in 2021.

Roughly five percent of attendees at ACE were from one health system, Northwell, Allscripts’ largest client. Recently, the two entities struck a 10-year deal that included building the next-generation EHR for ambulatory, which if successful, will likely displace TouchWorks over time.

The organizations will take the existing Avenel EHR platform, which has not done well in its target market of small physician practices and scale it to serve a broader swath of the ambulatory market. Northwell provides the physician expertise and workflow requirements, Allscripts brings the software talent. The final objective will be to create a cloud-hosted EHR that is virtually keyless entry. It will be interesting to see if they can truly pull this off as many similar attempts have not gone well.

Veradigm is Allscripts’ attempt to create a new business model from their access to clinical data assets. Veradigm aggregates data assets that are sold to payer and life science companies. In its recent 2019 quarterly call, Allscripts reported $150-175M in sales attributed to Veradigm.

Competing EHR vendor NextGen has joined Veradigm, and Allscripts hopes to recruit other EHR vendors. This past summer, Allscripts partnered with Komodo Health to garner their broad expertise in data analytics (particularly claims data) and acquired the small data analytics play, Pulse8, a company focusing on analytics for value-based care.

While I am personally not a big fan of this model – capitalizing on patient data with no clear direct patient consent or compensation – it is not illegal and may cut down on administrative waste and contribute to new drug discovery.

Leaving Dallas, I was struck by just how seemingly small this event was but despite its demeanor, there was quite a bit going on. Client presentations were compelling and some of the vision that Paul Black, CEO of Allscripts, expressed was ahead of his customers. Today, it does appear that Allscripts has hit a good balance between what is needed while preparing for tomorrow. However, keeping its installed base happy will not be enough to satisfy Wall Street. Paul is well aware of that. But it remains to be seen if these other initiatives will truly hit pay-dirt.