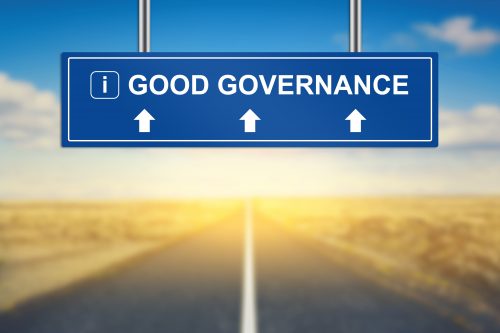 The public response to ONC’s proposed Trusted Exchange Framework and Common Agreement (TEFCA) and U.S. Core Data for Interoperability (USCDI) underscores the pent-up demand for better healthcare interoperability. Required by the 21st Century Cures Act, TEFCA and USCDI could impact the future of healthcare data portability in the same way that the EHR Incentive Program shaped EHR adoption. The goal is to catalyze better data availability needed to modernize provider and payer IT application portfolios. Taken at face value, these regulations could profoundly change the way that healthcare stakeholders provide and use each other’s data.

This isn’t ONC’s first hands-on attempt to crack the interoperability nut. Years ago, it awarded a cooperative agreement to DirectTrust to oversee the rollout of secure messaging across the industry. In return, it got a slow but steady adoption curve that has moved the needle but fallen short of providing universal data availability.

TEFCA and USCDI could impact the future of healthcare data portability in the same way that the EHR Incentive Program shaped EHR adoption.

This time around, ONC has higher hopes for a more accelerated and effective result. While the former effort relied on established technology, this proposal leans heavily on technology that does not exist – in or out of healthcare – and an architectural approach with a checkered history. The DirectTrust effort combined carrot and stick incentives, while this one offers only the potential for protection from the stick.

TEFCA proposes to join clinicians, hospitals, payers, and others in a national network of networks. It would designate a set of organizations called “Qualified HINs” (QHINs) to facilitate a standardized “on-ramp” for nationwide healthcare connectivity. A separate organization called the Recognized Coordinating Entity (RCE), to be funded by ONC through a cooperative agreement, would manage and oversee this network of QHINs. Once a user or organization is on this national on-ramp, it will be able to exchange data for three different use cases across six permissible purposes.

USCDI defines the data types eligible – or required, depending on how you read it – for exchange. It builds on the Common Clinical Data Set (CCDS) and will expand the roster of exchangeable data types eligible based on maturity and market acceptance. In the short term, it proposes to add structured and unstructured notes, and data provenance to the list of CCDS data items.

Industry Response to TEFCA and USCDI

The response to this proposed regulation was not only voluminous by the standards of ONC rulemaking, but also filled with questions, concerns, requests for clarification, and conflicting interpretations. The sheer number of distinct issues raised by commenters is evidence of the complexity of the topic, the difficulty of ONC’s task, and the problems with the proposal. Healthcare stakeholders want and need to leverage existing investments, but ONC’s new plan looks more like rip-and-replace. ONC’s insistence that TEFCA is voluntary and non-regulatory is cold comfort to any organization trying to forecast how much it will cost to comply.

Before delving into the specific concerns, it’s important to note that the general approach of TEFCA and USCDI moves the conversation in the right direction. It could turn out to be less costly for providers to sign up for one network than it is to enroll in the multiplying number of purpose-built clinical and financial networks. TEFCA also emphasizes query-based exchange of discrete data elements, which represents a desirable interoperability outcome.

What can ONC do?

ONC has to be pondering its options in the wake of such a stiff and unified response. The 21st Century Cures Act specifically requires it to develop TEFCA and establish rules for data blocking. The Senate HELP committee has already sought testimony on ONC’s progress on both fronts. Besides Congress, the highest levels of the current administration want action to solve the problem of data liquidity. ONC has to act, and soon.

Prior to the public response to TEFCA, ONC was on course to award the RCE cooperative agreement to the Sequoia Project on the strength of its handling of ONC’s transition of implementation and maintenance of the eHealth Exchange, and the governance muscle Sequoia showed as evidenced by Carequality’s adoption curve. This is relatively unsurprising since few other existing organizations have the independence, HIT expertise, scale, and track record that Sequoia has assembled.

ONC also seemed destined to declare that TEFCA compliance would provide a safe harbor against data blocking liability. ONC chose not to define data blocking and TEFCA in a single set of regulations. Instead, it asked the industry to accept new “rules of the road” for information exchange without knowing what happens when an organization can’t comply with those rules. ONC did not help its case by forcing the industry to conclude that TEFCA compliance is the only way to qualify for the data blocking safe harbor. Every conversation we’ve had about TEFCA since January is primarily about this linkage. Such a requirement is especially controversial among the smaller organizations that make up the bulk of healthcare, to the extent they are even aware that such a rule could happen. That ONC thought it could deal with data blocking in two regulatory steps is hard to understand.

Our prediction is that ONC will seek another round of public comments and revise TEFCA based on what it hears. It will then release a final version late this year that preserves the overall structure of TEFCA and USCDI from the current proposal. ONC will deal with objections by adding exemptions and exceptions that will phase in some of its more stringent provisions. Most of the exemptions and exceptions will concern TEFCA’s provisions for the data blocking safe harbor and population-level query. Effectively, it will delay the operation of these provisions to some later date. It will probably go ahead and award the cooperative agreement for RCE to the Sequoia Project once TEFCA is in final form late this year.

With all eyes on TEFCA, ONC has been mum about the fate of the “EHR reporting program,” also required by the Cures Act. This program is intended help hospitals, clinicians, and other users of health information technology to better understand how these products support interoperability and usability. ONC originally claimed it could not act on this requirement, pleading lack of budget. Then Congress rejected HHS’ request for a $22 million reduction in ONC’s budget, presumably enabling ONC to develop the program.

Read our Domain Monitors for more detailed analyses of TEFCA, impact for health IT, use cases, and industry responses.

Under the Covers at HIMSS22