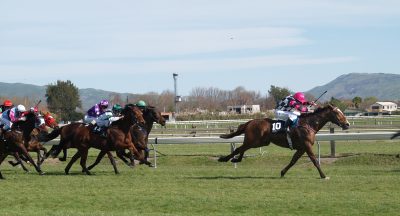 Last week, CMS released its proposed rule (beware – in good government fashion it’s a whooping 607 pages) for the Medicare Shared Savings Program (MSSP) Accountable Care Organization (ACO) program. CMS is taking a big leap forward with this rule on the path to value-based care. The big leap? Moving existing MSSP ACOs from all upside contracts (no risk), to taking on an ever-increasing portion of risk (downside, e.g. reimburse CMS if targets not met). This is a real wake-up call for providers, especially hospital-led ACOs, who have by and large failed to meet targets in current MSSP ACO contracts.

What Got Us Here

The advent of ACOs is a byproduct of the Affordable Care Act (ACA), wherein the Obama administration was seeking new payment models to shift Medicare spending from fee-for-service to value-based care (VBC). To get providers comfortable with the concept, various ACO models were deployed with MSSP the most popular – currently 86% of all Medicare ACOs.

Within the MSSP ACO a provider organization could choose one of three tracks, but only Track 1 carried no downside risk. Logically, nearly all providers chose Track 1 initially and today 82% of MSSP ACOs are still in this track. Unfortunately, in 2016 this track was a money-losing proposition for CMS, as hospital-led MSSP ACOs racked up losses for CMS that were higher than the savings from physician-led ACOs.

Provider readiness to take on true risk has always been the rub…With these proposed rules, CMS is going beyond meeting providers where they are but pushing them forward on the path to value.

At the recent Leavitt Partners conference, attendees were briefed on the political climate in Washington. Despite all the political rhetoric, there are three core healthcare principles that are non-partisan:

This event also emphasized that the federal government must take the lead in pushing the industry to VBC, again for a couple of simple reasons:

The MSSP ACO proposed rules are just another step, of what will likely be many, which CMS will have to take in its attempt to bend the cost curve. Rather than wait for providers to voluntarily accept and migrate to true risk – something we saw little of in the former MSSP ACO rules – the proposed rules foist that risk upon providers. Granted, providers are given one to two years in a “glide path to risk” in the new rules, but risk is definitely in their future; by contract year five, an MSSP ACO will take on enough downside risk to qualify as an Advanced Alternative Payment Model (APM) under MACRA.

In summary, CMS proposes ending the current Tracks 1 and 2 replacing them with a new 5-level BASIC track. The first two levels of the BASIC track begin with no risk to providers but annual auto-advancement to higher risk-reward layers will advance providers into risk sharing. Former Track 3 will become the ENHANCED track. The current 3-year agreement period changes to 5-years minimum and national inflation metrics will be replaced with regional metrics.

Somewhat depressingly, the total calculated projected 10-year savings for the new MSSP rules is a paltry $2.2B.

The proposed rules are likely causing a lot of angst in the executive offices of many a hospital, but these rules will have winners as well.

From our vantage point, provider readiness to take on true risk has always been the rub. The recent NAACOS survey found that 71 percent of Track 1 MSSP ACOs scheduled for renewal this year were unlikely to do so if they had to assume risk. This is likely an inflated number – when push comes to shove, far more will renew – but this is a barometer of provider sentiment and overall readiness even among those with some experience with the program.

Across the country, healthcare is anything but consistent. As Gary Loveman, former executive vice president of Aetna, pointed out at our Convergence conference last year, one has to meet providers where they are. With these proposed rules, CMS is going beyond meeting providers – but pushing them forward on the path to value. For most providers who take this path, it will be challenging, and trusted partners with previous experience in risk-bearing ACO enablement will be essential.

Without a doubt, something has to be done to bend the cost curve – and, to its credit, CMS is taking action. However, will the action that CMS is taking here with the MSSP ACO program be enough to fend off its critics, especially if projected savings are so minuscule? We’re really unsure, but one thing we are certain of is that CMS is the only entity in this market that has the ability to do something on a nationwide scale. If not CMS, then who?