Epic UGM 2019: Blasts from the Past and a Look into the Future

Last week, Chilmark Research attended the Epic Systems 2019 Users Group Meeting (UGM) in Verona, Wisconsin. On Epic’s 40th anniversary, we received a full history of the company’s growth, a glimpse into where it’s headed, and how it sees the future of healthcare and health IT evolving. As always, it was quite the show and provided a great opportunity to connect with both the company and its clients.

It’s been a contentious, difficult year for EHR vendors and, as a leader in the field, Epic has taken the brunt of it. In her keynote address, Epic CEO Judy Faulkner tried to steer the narrative away from the familiar litany of complaints and problems providers, vendors, and health systems have with their EHR, and towards a view of EHRs as one of the most essential tools for modern healthcare. 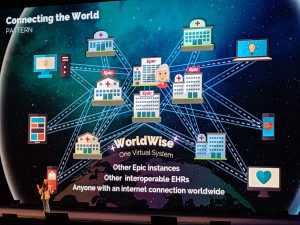 Unsurprisingly, the questions of interoperability and data blocking legislation were given a major focus. With expansions of its Care Everywhere system of data sharing, Epic WorldWise envisions expanding that data accessibility beyond just the Care Everywhere network. Partially addressing the issues and potential regulations of TEFCA and ONC’s proposed interoperability and information blocking rules, the dialogue at UGM revealed another interesting angle. The hazards and complications of custom data structures appear repeatedly in healthcare, from EHRs and legacy installs to customized claims reporting from payers. From mapping payer claims to enabling inter- and intra-system connectivity, even reconciling installations of the same EHR during an M&A process can be a complicated, expensive process. The more Epic can drive standardization and make these processes easier and more straightforward, the better the result will be for healthcare broadly.

Everyone loves to beat on Epic for its historic closed-system approach to health IT, but this event provided an opportunity for them to justify being slow to open their systems to external parties. Two key points were made: pure interoperability is a huge privacy risk as third parties don’t always follow the same data-sharing rules (a perspective they also brought up at last year’s event and a major concern post-Cambridge Analytica scandal), and the API approach is severely limited by the amount of development time needed if not scoped narrowly enough. 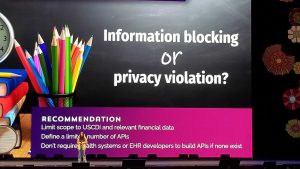 Below are Faulkner’s three recommendations on how to effectively use APIs for data sharing in healthcare so they will be useful, adequately secure, and not impractically burdensome: 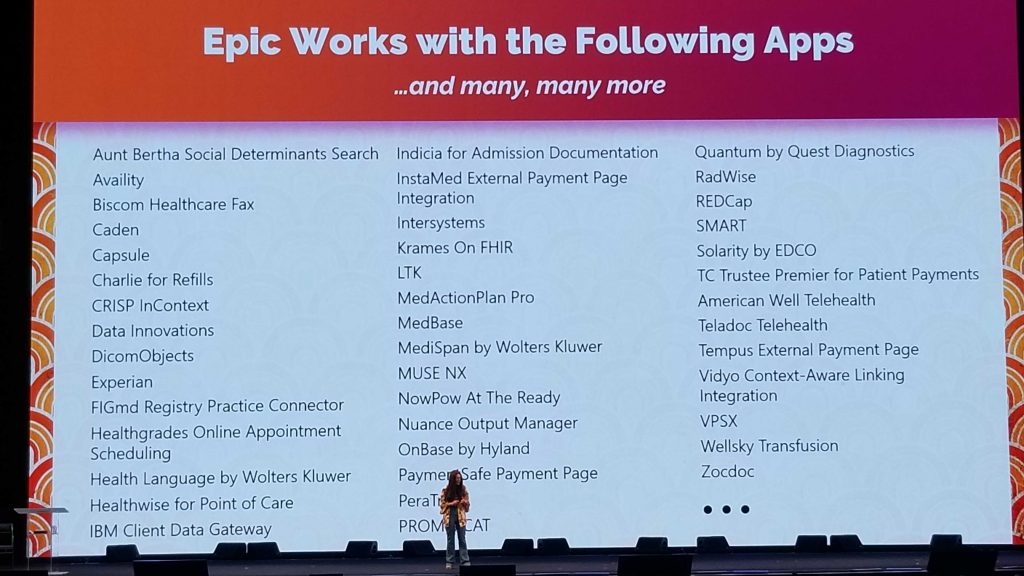 Machine learning is now baked in 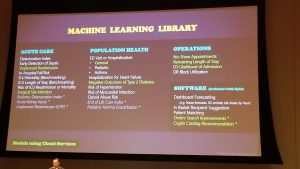 If you’ve been paying attention at all, AI and ML are now two of the biggest buzzwords in healthcare IT. Epic had quite a few sessions on its work in this area and several compelling stats on their clients’ use. One of the most compelling uses was a simple background algorithm that learns about each user’s habits and can now support predictive text instead of requiring items to be typed letter-perfect when submitting orders. Not a world-changing application by any means, but a huge administrative time saver. 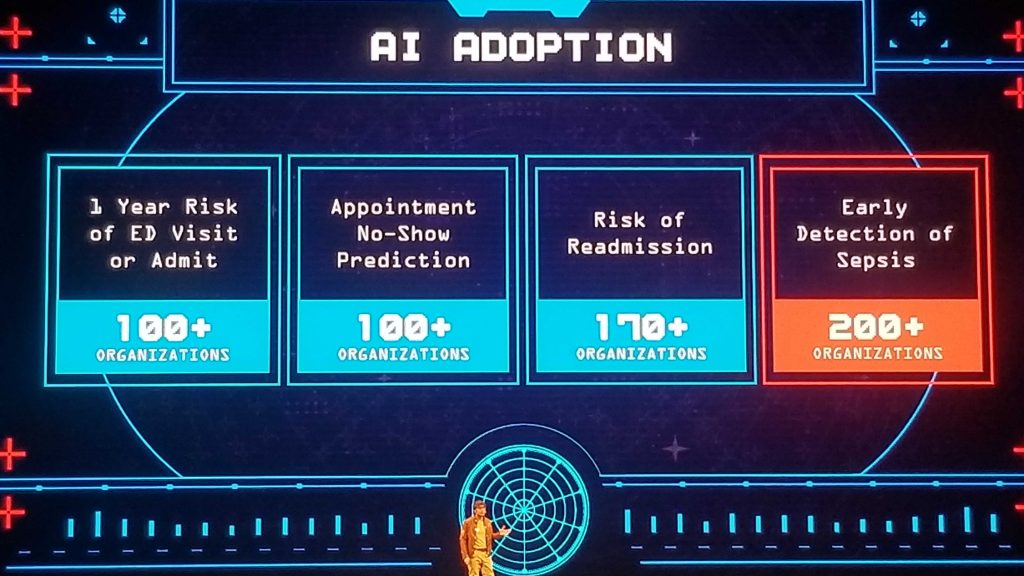 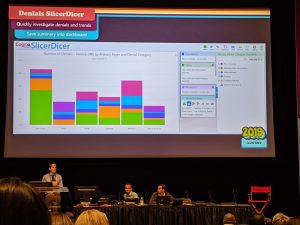 The emphasis on quick, digestible dashboards and business intelligence, sourced from Cogito and developed in SlicerDicer, show that Tableau, Qlik, and analytic engines are very much on Epic’s mind. For organizations trying to decide on whether to invest in a third-party option for either visual display or analysis, they might be enough to tip the scales. For more information on provider analytics platforms, look at our recent Healthcare Provider Analytics Market Trends Report.

The product is being kept in limited testing mode until they reach the magic number of approximately 20M patient records on the system, but the integration with SlicerDicer made for some very compelling demos of how this could be used as a CDS tool. The UX appears to be very intuitive and quickly reveals recommendations for what treatments have historically worked well for similar patients in the data pool. However, data quality issues are still a major problem, holding back a more rapid rollout. Bringing together data from this many disparate organizations using different versions of Epic products has the potential to introduce a lot of inconsistencies and bad data, so the initial onboarding and data-cleaning still requires a substantial investment of time and resources and will continue to do so for the foreseeable future. 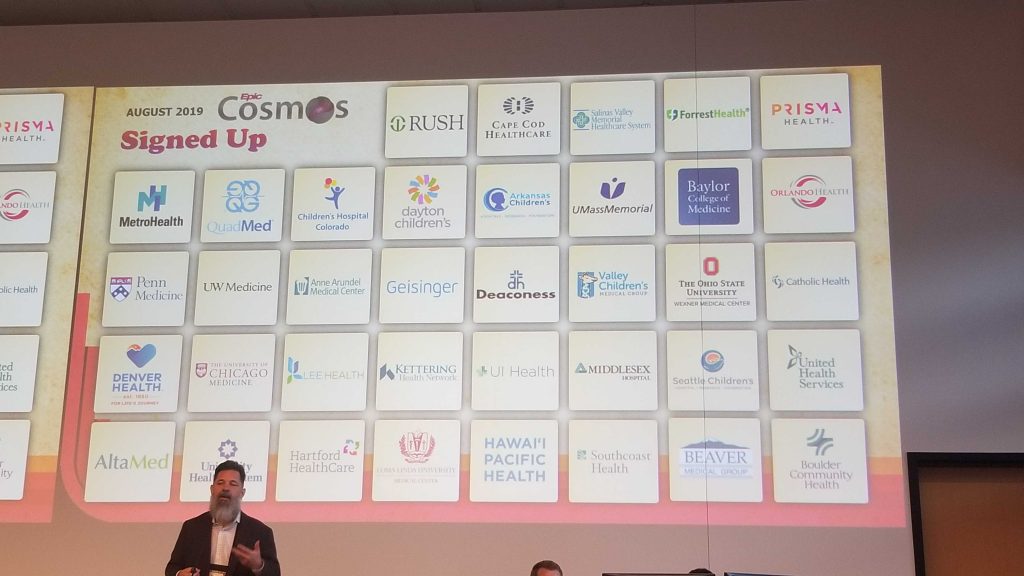 Value-based care is still too easy to ignore

While providers were eager to talk about it and some panels addressed it, value-based care programs and the tools to address them were surprisingly under-represented in the keynotes and official presentations. Mostly addressed as part of larger financial issues and solutions, it’s unclear whether this represents a better understanding of the minimal role VBC plays for most of their customers, or whether this is a serious underestimation of the important challenge VBC represents to the current status quo. 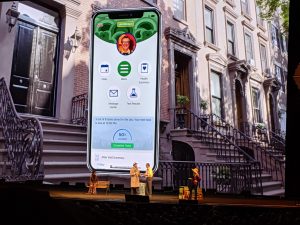 The addition of the American Well telehealth platform into MyChart has been a major boon for providers and systems looking for ways to offer increasingly desired telehealth services. Both providers and system representatives loved the easy integration into the workflow, and the fact that they didn’t need to look elsewhere for potentially costly platforms and system integration. In keynotes and other presentations, the commitment to adding more varied remote monitoring and engagement tools was exciting to see, even if they don’t include the full range of interactivity that some remote platforms offer. Improvements to the MyChart Care Companion mobile app to enable reminders and condition-specific recommendations help bring Epic more up-to-date compared to outside monitoring platforms.

Articles like Fortune Magazine’s Death by a Thousand Clicks and Atul Gawande’s Why Doctors Hate Their Computers brought issues that have been familiar complaints within healthcare into the public eye. To enable provider and advanced practitioner workflows, let alone focusing on task relief while still meeting regulatory and payer needs. Epic insists that most of these issues come from regulation, from within systems, or from providers and their training. At UGM, it showed several tools and conducted a variety of panels targeted at understanding and resolving these issues. While the goal is good, there are fundamental issues at work that these solutions miss.

Epic needs to acknowledge and address the role EHR UI/UX design plays in creating these problems. While the design has improved, many providers still report issues in training, documentation, consistent terminology, and clarity of data. While it struggles with the basic UI, these providers and their organizations won’t be able to properly deploy and leverage the new tools in AI/ML, process analysis, and predictive or prescriptive analytics which Epic showcased. Several providers at the conference echoed a similar thought: “This all looks incredible, but we don’t have any idea how to use it.” For organizations with a developed, innovation-friendly culture, and deep resources, these represent terrific tools for improving healthcare and provider experience. For the larger number of small organizations that struggle with innovation and training, these tools just represent more things they can’t take advantage of.

This recap was written by Alex Lennox-Miller and John Moore III.