Brian Murphy Is Looking for What’s New in the Details 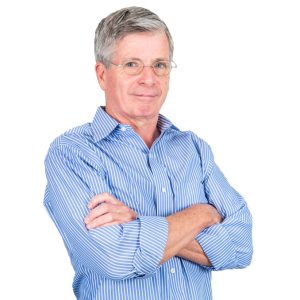 To continue our series of interviews with the Chilmark analyst team, next I turned to talk with Brian Murphy, our longest-serving analyst and Director of Research for the past year about what he looks for in the health IT industry and how he brings that perspective to his research.

(Answers have been edited for clarity and length.)

Hannah: How did you end up in the health IT industry?

Brian: I’ve always been in the software business. I spent a long time as a vendor in the database business, working with DBAs (database administrators) and application developers. At one point I worked for Eclipsys (an EHR company now owned by Allscripts), and I’ve been in healthcare in one way or another since then.

H: What drives your work as an industry analyst?

B: The problems in healthcare are vast. Many have to do with regulatory capture and the absence of an effective market mechanism. When people talk about the dysfunction in the healthcare system, they tend to gloss over this primarily because most of the big players benefit from it, which of course doesn’t help the poor patient or poor clinician trying to deliver care.

In general, I’m looking for ideas I’ve never heard before, or the elements of ideas I’ve never heard before, which is more unusual than it sounds like it should be. From a big picture standpoint, most vendors are very similar as far as what they can enable from a strategic standpoint. The differences are in the details, but when you’re talking with a vendor, even when you ask them directly, it can be difficult to figure out why they’re different compared to their competitors. Instead, you try to triangulate on that difference by getting independent verification.

H: Are there any cool technologies or capabilities that you are excited about and might transform healthcare?

B: I am not super enamored of “cool” technology, per se…

H: APIs don’t give you hope, excitement? Or is “cool” not the adjective for you?

B: It’s not cool, and it’s not different. APIs are just something not commonly done in healthcare, as they are in many other industries. The fact that it is beginning to gain acceptability in healthcare I guess is “cool,” but the technology itself, it’s not radically transformative. It’s really the idea that people are saying, “Oh yeah, let’s do it,” that’s transformative. That said, I do think APIs will make a difference. It will make it easier for people who don’t know healthcare to develop new applications.

The other thing that could have a similar effect would be 5G networks, which are just faster networks. There’s certainly a risk that it could be overhyped – the things they’re saying about 5G they were saying about 2G 20 years ago – but it could make it cheaper to develop new applications. It just so happens that telecommunications, like healthcare, is an industry where regulatory capture is a pretty significant issue. We also have a reputation in the United States for having a lousy telecommunications networks compared to some other places in the developed world.

Is there anything else you’re excited to watch over the next 10 years? Even if it’s not cool?

B: I’m not a big fan of the magical abilities of AI and ML, but that’s not to say that it won’t have some sort of fairly dramatic effect over the next 10 years. It’s just hard to see what that would be, sitting where we are. From a technology standpoint, so much of what happens in health IT is basic IT blocking and tackling. Everybody needs a database, fast sorts, report writers, and faster and easier ways to develop and run day-to-day transactions. It’s hard to see how some magical, new technology replacing it in any substantive way, or any parts of it in a substantive way.

H: How does your research at Chilmark fit into all these interests?

B: Chilmark is in a good position in the sense that we are able to talk to a wide range of people. The more you can talk to people about how they see certain issues, the better able you are to produce a coherent view of how the world works and should work. My favorite part of the research process is talking to different companies and the different providers that buy our research. As a rule, each provider’s issues are really idiosyncratic, and they tend to be really specific. It’s not always possible to draw broad conclusions, but it does give you an idea of just how imperfect the vendor approach to the world is.

H: What is your impression of the day-to-day analyst work?

B: It is a solitary thing in the sense that you spend a huge amount of time reading, talking to a lot of people, and then lots of writing. You start with a blank Word document and then turn that into a report by distilling a set of observations. Some of those observations somebody else makes, but a lot of them you make. So, you are creating something that is different from what you’re seeing from vendors. They have a particular interest that they are pursuing, and the effort here is really about trying to be impartial and rendering some sort of impartial judgment.

H: What else about Chilmark specifically that you appreciate?

B: I do think our Harvey Ball system is unique and a market differentiator. I think some vendors would like to see more gradations (beyond the five we have for every evaluation category). They want to be the best in every category. However, I think there are a lot of circumstances where they may not agree with the specifics of the Harvey Ball, but there’s still a recognition that we’re pointing out an area where they could improve, with a positive effect for the vendor eventually.

For other stakeholders such as payers and providers, I think our research is useful for developing a shortlist. It’s not intended to be determinative, “This is what you ought to do.” It’s meant to be, “Here’s some recommendations,” and then you try to lay out reasons why it may or may not be applicable to what they’re doing. It can help narrow the search for people who don’t have time to look at 20 vendors.

H: How do you want to help our Advisory clients?

B: I want to help people to get to the essence of their issues as quickly and expeditiously as possible. I really see our job as helping people circumvent anything that doesn’t directly contribute to their mission. So, avoiding spinning wheels on a non-productive examination of what’s out there in the market.

Quality Care Concerns at the VA